Pompi is a gospel musician from Zambia who’s real names are Born Chaka Nyathando. He is a very powerful gospel musician and has been active in the Zambian music industry for more than 10 years. CEO of Lota House and with massive airplay on commercial channels such as Channel O and MTV Base. During this same period he finished off 2009 as number one on young gifted and African. On the 8 December 2012 released the album called ‘Mizu’. The album became the highest selling album in Zambia for more than 12 weeks.

2011 winner of the BNB (Born and Bred) award in the Best Gospel Artist category. 2013 voted the winner of two ZMAs (Zambian Music Awards). Namely the Best Gospel Male Artist and Best Gospel Male Album. And In June 2013, performed as guest artist during the Big Brother Africa eviction show. Many Zambian Christians, find his music to be a high inspiration due to the the message of the songs and fusion accompanied by the lyrics.

‘Chipolopolo’ his debut song, was once used by Super Sport to be an official song during the Zambian soccer league. He went on a tour of the U.S Through the U.S. State Department to study how music is used for civil engagement. This included other 20 media personalities from 20 different countries issued with International Visitors’ Leadership Program certificates. The tour saw him featuring in the Rolling Stones magazine. 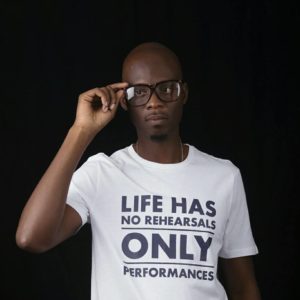 This Zambian artist was pioneered as the first  to be invited by prince Africa Zulu to perform at the Royal Onkweni Music Festival. This was during the Zulu King.

In 2011 got elected by former President Rupiah. Tomorrow’s Zambia campaign to represent the youth on youth day for the. The campaign used to inform the youth on the availability of the youth empowerment fund and the Kwame Nkrumah University. Also helped to create the Lusaka Hub at the World Economic Forum, were he represented Zambia. Pompi holds a honors degree in Business systems.

How to Find Christian Scholarships to Study Abroad

10 Best Christian Movies You Must Watch

ABOUT US
Zambian gospel is a digital platform providing online Christian entertainment, music and amazing daily updates.
FOLLOW US
© 2021 Zambiangospel.com - Just another Sidmatec initiative
We use cookies on our website to give you the best experience. By clicking “Accept All”, you consent to the use of ALL the cookies.
Cookie SettingsAccept All
Manage consent

This website uses cookies to improve your experience while you navigate through the website. Out of these, the cookies that are categorized as necessary are stored on your browser as they are essential for the working of basic functionalities of the website. We also use third-party cookies that help us analyze and understand how you use this website. These cookies will be stored in your browser only with your consent. You also have the option to opt-out of these cookies. But opting out of some of these cookies may affect your browsing experience.
Necessary Always Enabled
Necessary cookies are absolutely essential for the website to function properly. These cookies ensure basic functionalities and security features of the website, anonymously.
Functional
Functional cookies help to perform certain functionalities like sharing the content of the website on social media platforms, collect feedbacks, and other third-party features.
Performance
Performance cookies are used to understand and analyze the key performance indexes of the website which helps in delivering a better user experience for the visitors.
Analytics
Analytical cookies are used to understand how visitors interact with the website. These cookies help provide information on metrics the number of visitors, bounce rate, traffic source, etc.
Advertisement
Advertisement cookies are used to provide visitors with relevant ads and marketing campaigns. These cookies track visitors across websites and collect information to provide customized ads.
Others
Other uncategorized cookies are those that are being analyzed and have not been classified into a category as yet.
SAVE & ACCEPT