Gospel musician Kings Mumbi, popularly known as alias Kings Malembe Malembe refutes having had anything to do with the Nigerian,now south African based prophet Seer1 and says Zambians should not allow Seer 1 to be insulting the Nation. Openly expressed his position on the matter yesterday at Mulugnushi International Conference Centre, in Lusaka during a press briefing on behalf of Christian Arts Promotions (CHAPRO).

Kings, stressed: “He was just invited to perform at the church of Seer1, the time Stan Chipuma was a song leader and observed the prophet was fake”. According to Kings Malembe, He advised Stan to live the church and told his spiritual mother then, Rozindaba, “something is wrong with your pastor here”. Because of my advise Stan left the church and other members left too.” If anybody claims to have power than the power of Jesus, then no doubt he is a Satanist, Seer1 is just a very small person, Zambia is bigger than him,” Kings said.

Kings Malembe further said, “We need to be careful because he has declared himself a Satanist and he doesn’t believe in Christianity and Zambia should not trust a mouth like that because I am very worried looking at how our people have opened their ears to hear from his mouth who has declared that he is a Satanist,”. Threats of deaths by Seer 1 on politicians were baseless and would amount to nothing. This Seer 1 issue is about the enemy fighting Zambia because President Lungu lives in God, Seer 1 is working with UPND, and this is also a tribal battle. Kings said

Rock Peter – Biography – Who Is He? 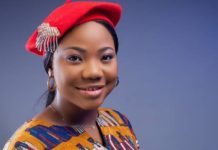 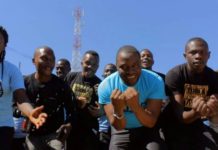 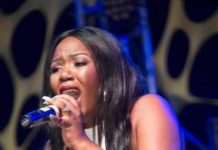 Chileshe Bwalya – Biography – Who Is She? Get Answers

ABOUT US
Africas No.1 gospel music website providing music with uplifted dominant vocals and Christian lyrics. Today in Zambia we are among the top best music websites providing sacred songs often searched on the web.
FOLLOW US
© Copyright 2020 - Developed & Managed By Sidmatech Media
Translate »